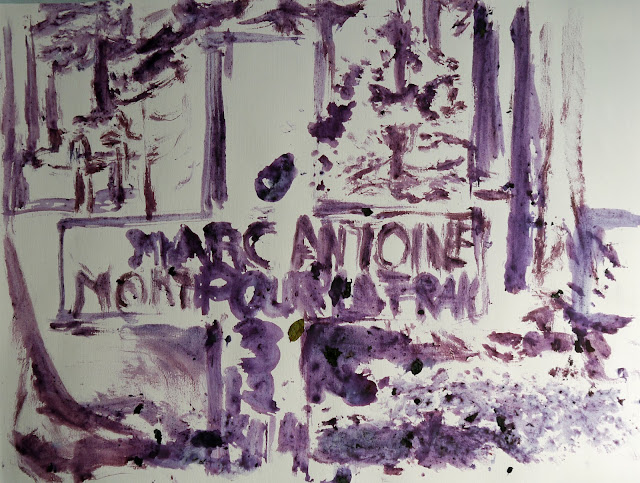 I pick bilberries there, where the French and the Germans killed each other, both summer and winter, both spring and autumn, five years long. At the Tête des Faux in the Vosges.

One still finds the cheval-de-frises, barbed wire, and ammunition remnants of la Grand Guerre on the mountain slopes and peaks. The bilberry bushes engulf the traces of battles  – the lines of the trenches remain visible today – as a grave signature mark of this long-ago war. The touristic surface is illusory, the war close in its relics. I perch here, turn to the bilberries, and sketch the present of a bygone war. 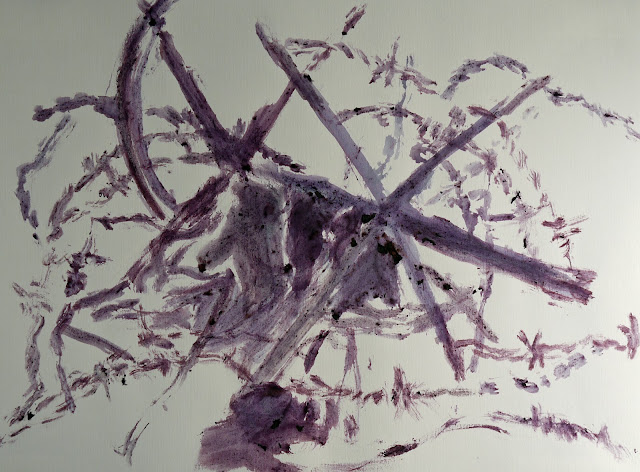 Home again I work through my Vosges sojourn as ‘Bilberry Pickers’ – a series of reflections, dreaming up the lost-to-the-world, concentrated faces of innocent youth. The resulting monotypes are of bilberry-collecting young men. Their clothing is offset with real berries from the trenches, before the handmade paper is pressed under 2 ½ tonnes of weight. 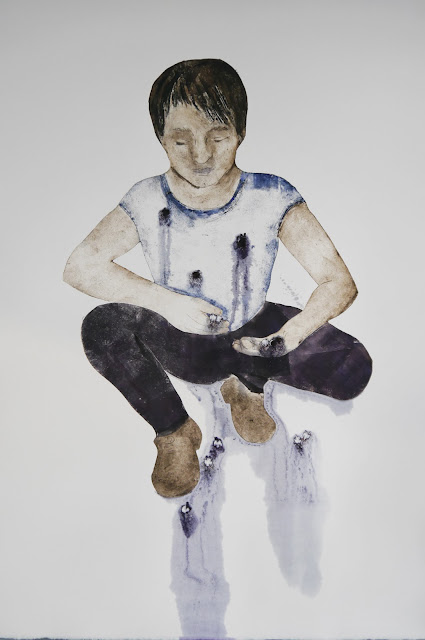